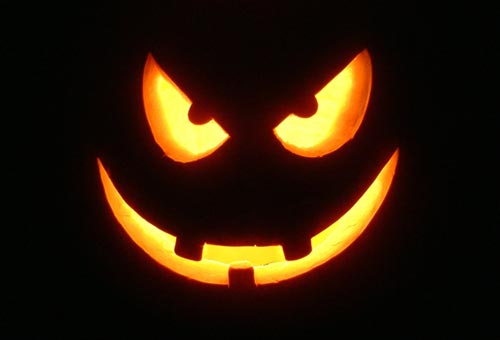 The True History of Halloween

Halloween is strictly a pagan custom and has nothing to do with the God of Heaven or the Hebrew bible. It is a Pagan celebration of the bountiful harvest, superstitions, and rituals. Modern pagans celebrate this, even to this day. Modern Christianity has incorporated many of these rituals into their list of celebrations and has ignored appointed holy dates listed in the bible. According to the encyclopedia Britannica, Samhain is described as “one of the most important and sinister calendar festivals of the Celtic year” (Britannica, 2016). Halloween is a direct descendant of Samhain. Samhain means Summer’s End. This day, October 31 is Halloween; a day of celebration for Wiccans and other pagans. It is known as November Eve, Hallowe’en, Feast of Souls or the Feast of the Dead. (Britannica, 2016).

When did Halloween Begin?

What does Samhain Entail?

Samhain is a celebration to honor the dead, even animals. Bonfires are an integral part of Samhain rituals. During this festival, the souls of the dead are thought to return to visit their former homes and dwell among the living. The bonfires are used to ward off evil spirits. People would wear disguises, such as masks, to hide from ghosts. As a result of the masks and rituals, the festival is now associated with “witches, hobgoblins, fairies, and demons” (Britannica, 2016). After their conquest of the Celts, the Romans added their own festivals. These festivals include Feralia and Pomona. Feralia idolizes the dead. Pomona, the goddess of the harvest, is honored as well. These festivals involved large gatherings. These gatherings involved horse races, fairs, markets, assembly rites, political discussions, and ritual mourning for the passage of summer (SacredFire, 2016).

How did Samhain Become Halloween?

Christianity did, as it often did, incorporate pagan rituals to win the hearts of the locals. Samhain was no different. Pope Boniface IV designated November 1, “All Saints Day”. This day was set aside to honor dead saints and martyrs. The day before all saints day, October 31, was declared “All Hallows Eve”. This is where the word Halloween comes from. The church also made November 2 a ‘holy’ day. This day was called all souls day. This day was used to honor the dead. All three celebrations are now rolled into one celebration known as Hallowmas.

In mainstream societies where Halloween is celebrated today, traditional Samhain customs are still celebrated under the guise of ‘trick-or-treat’, the wearing of costumes (dressing up), and jack-o-lanterns.

Trick-or-treating is an evolution of All Souls’ Day. During this celebration, the poor walked around and begged for food. The recipients would promise to pray for dead relatives of those who gave them food. This food was in the form of pastries. These pastries were called “soul cakes”. Eventually these sweet treats turned into candies today.
As mentioned earlier, a Samhain ritual involved dressing up in disguise to confound the ghosts that they believed surrounded them. They placed food at their doorways to prevent unwanted ghosts from entering their homes.

Jack-o-Lanterns is the name given to Jack O’Lantern of the Irish myth. The Jack O’Lantern is one of the most recognizable aspect of Halloween today. It has been shown that the Irish did not have pumpkins to carve during Samhain; instead, they carved potatoes, turnips, and beets.

In closing, Halloween is the most important day on the pagan calendar. This day is used to pay homage to their dead ancestors, familiar spirits, and mythical deities. However for countless others, it is a day to dress up and have fun.