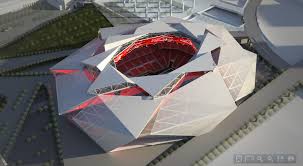 Imagine a bright, sunny day tailgating in the parking lot before a football game. Then picture a historically important house of worship that has been around for 151 years. Which of these landmarks is more important? Can you put a comparative value on them?

According to NBC News, the city of Atlanta and Mayor Kasim Reed have done just that. They have decided that a new Atlanta Falcons Stadium should be built on land that is currently occupied by Friendship Baptist Church and Mt. Vernon Baptist Church. The city is offering a dollar amount 10 times what the church is worth: about 10 million dollars. In addition, the owner of the Atlanta Falcons, Arthur Blank, has promised to invest 15 million dollars into the communities around the stadium. Mayor Reed states:

I’m going to use all of my power as mayor to make sure that Friendship Baptist Church locates just a short distance from where we are today. And they will be a stronger church, a stronger organization that is much more capable because of the millions of dollars that we are going to pay for that church.

Some people, such as Juanita Jones Abernathy, do not agree that the money can take the place of her beloved church. Abernathy is the widow of the late Ralph David Abernathy, a civil rights activist, minister, and close friend of Dr. Martin Luther King, Jr. She strongly believes there is no price tag to match the history, meaning, and importance of her church. After all, Friendship Baptist was the site at which slaves held worship services during the civil war, and Morehouse and Spelman colleges first held classes.

On the other hand, the new stadium could make money for the city. Not to mention, Blank’s contribution could help to improve the lives of people in the community.

Can you put a price tag on these houses of worship and pieces of history? Or are they truly priceless?