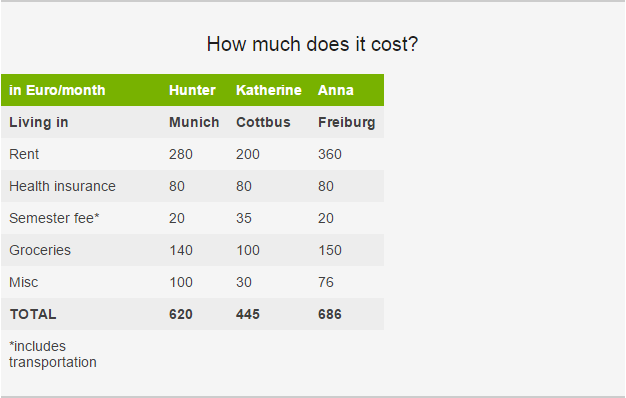 Native Germans and foreigners alike can study in Germany for free. According to a report published by the BBC , there has been a 23% increase in the number of Americans studying in Germany since 2013. The trend in the amount of students, which now stands close to 5, 000 students, shows no sign of abating. As more and more students are placing themselves in deep financial holes due to the financial constraints of gaining a higher education in the United States, students from around the country have been looking for alternatives.

The differences between the “Harvard of Germany and your average community college”  stated Jay, who runs an agency in Germany to help Americans with their transition to study in Germany,  is not the same as the gulf that exists between an Ivy League institution and your local community college in the United States. Therefore, the vast majority of students end up going to the college of their choice and can generally expect to have the same level of respect upon graduation.

Why is Germany doing this? Germany sees this as a form of investment. By investing in human capital, Germany is of the opinion that they can attract smart and talented people from overseas as well. They are hoping that a significant percentage of new, highly skilled, foreign nationals will remain in Germany and start enterprises there. That appears to be working. According to the German Academic Exchange Service, or Deutscher Akademischer Austausch Dienst (DAAD) in Germany, 50% of foreign nationals remain in Germany post graduation. According to the BBC, “Of the 170, 000 students in the capital city of Berlin, more than 25, 000 are from outside of Germany. In simple math, that’s €332.5 ($364.3) million that Berlin spends a year on foreign students.” Obviously Germany sees this as a strategic investment. Will more rich countries follow suite and help to promote the general welfare of the whole human race?
According to USA Today, the current student debt in the United States stands at over $1 trillion dollars. To put just how much money this is into perspective, if America’s student loan debt was a country, it would have the 22nd largest GDP in the world behind Thailand, according to IMF data.

To get more information on how you could take advantage of this opportunity, visit DAAD to search for programs to study and Uni Assist to find out what you will need to study in Germany.